What to see, what to do in Death Valley National Park

Death Valley National Park is one of the largest in the United States. The park stretches over nearly 13,600 km² in the Mojaves Desert of California. Its geographical position favours its arid climate because the area is protected by 5 mountain ranges, including Sierra Nevada in the west, which contribute to its drying up. Furnace Creek, located in the heart of Death Valley, is where the Earth's temperature record of 56.7°C was set.

We strongly advise against visiting the park in summer, because the heat is unbearable and does not allow an exploration of the site.

The park is composed of several valleys, including Death Valley, which gave its name to the park and covers an area of 7,800 km², the equivalent of the Puy-de-Du00f4me department or Anticosti Island for our Quebec friends. This is the most visited area.

1What to see at Death Valley National Park

Beyond its harsh climate (when we went there, we reached the exceptional temperature of 24° with rain!), the valley is full of nuggets (!), especially for nature and photography lovers. There are many things to see and you will unfortunately have to pay a lot of money to spend the night in the park in order to make the most of the surroundings.

The undisputed Badwater Basin holds the record for the lowest point in North America at 85.5 metres below sea level. Look for the "sea level" sign on the cliff on the other side of the road, and you will become aware of the depth of the place. Here, the heat is overwhelming, everything seems lifeless.

You can stroll from the parking lot over the vast whitish tract of the Lake Manly vestige, an ancient salt lake that extended from north of Furnace Creek to the park's southern boundary. Depending on the last rains, there may be a few pools of water that are teeming with life, as if it seemed to cling desperately to this hostile climate.

Going north from Badwater, you will come across a small gravel road that starts to the left. In spite of its condition, a passenger car passes without worry. Here you are at Devil's Golf Course, which literally means "the devil's golf course". When you get out of the car, you understand that only the devil would have had the idea to play golf there.

The bottom of the old Manly Lake, which looks flat on the surface, is actually formed by sharp salt concretions like razor blades. Be careful not to cut yourself!

The photo tip: switch to macro mode to capture the salt chisels in detail.

If you're heading north to Furnace Creek, after 4 km, turn right on Artist's Drive and enjoy the colours of the rocks there. A joy for the eyes! The rocks owe their colours to the different minerals that make up the landscape. Green for mica, purple/pink for manganese and ochre hues for iron.

After a few kilometres, a parking lot on the right will allow you to climb a hill to admire Artist's Palette, one of the most surrealist scenery in Death Valley. But don't stop there. Continue on Artist's Drive. The small road will take you through incredible landscapes formed by colorful strata. After 7 km, you will catch up with the main road.

Continuing north, 5 km from Furnace Creek, you'll see the rocks adorned with a beautiful golden color, marking the entrance to Golden Canyon. Star Wars' Fans, you'll recognize the scenery of one of the first scenes of the saga (Episode 4: A New Hope), where the two droids advance in a canyon.

The Yellow Rock Canyon is open on foot from a parking lot on the edge of Badwater Road, south of Furnace Creek. A trail leads to the canyon for about 1.5 km. Don't hesitate to move forward until the throats shrink. At the end of the day, at sunset, the colours are even more incredible.

Since we are in the Star Wars universe, here is another place that gave one of the most atypical sets of Georges Lucas' film. it's Mesquite Flat Flat Sand Dunes. In the heart of Death Valley's rocky landscape lies a stretch of yellow sand dunes! The biggest of the dunes is called Star Dune, it's not invented!

From the car park, you can venture into the dunes. There is no path, you are free to walk on it. In case of strong heat, especially be vigilant and carry a lot of water because here the sun is overwhelming and walking in the sand is tiring. If you can, prefer to explore the area at the beginning or end of the day.

Further north in the park, after a little more than 60 km up Scotty's Castle Road, you will discover the impressive Ubehebe Crater, which bears witness to past geological forces. The crater measures approximately 800 metres in diameter and 237 metres deep.

Although it looks like a meteorite crater, it was actually created as a result of a gas explosion, caused by the pressurization of a pocket of underground water heated by magma. Its age is estimated at between 2,000 and 7,000 years.

If you wish, you can venture out to the edge of the crater, where a 2 km trail allows you to explore the area and discover other small craters. It takes about 1 hour to reach it from Furnace Creek.

Before leaving / or arriving in Death Valley, remember to stop at Zabriskie Point where one of the most beautiful views of Death Valley is located. From the car park, a few meters of walk will suffice to discover this incredible landscape with soft shapes and whose yellow and brown colors make you think of a chocolate marbled.

The rocks seem to come from moving sand and yet it is a hard soil that has been carved by erosion. The Borax was once extracted here. Landmine remains are still visible in the park. The point of view also gave its name to an Italian-American film released in 1970.

That's the closure of the sites we discovered during our trip to Death Valley. All we had the chance to do was stay there for a big day. This timing being too accurate, we did not have the opportunity to discover all the secrets of this immense park. There is so much to see, such as the famous Racetrack Playa and its moving rocks, Aguereberry Point, Dante's View, Darwin Falls, Red Cathedral, Natural Bridge Canyon, or the few ghost villages that still have some traces of the gold rush era.

We will certainly have to come back to finish the visit!

Although the region is a very inhospitable place for life, it is not uncommon to see a few animals there. More than 400 species have been identified. During our passage in 2014, we came across a coyote that looked hungry. Birds of prey have also taken up residence in the park, such as the redheaded Urubus.

Vegetation also seems to be absent from the park, and yet there are more than 1000 species! The few rare rains allow some species to develop thanks to a deep root system. In spring, the rains make a large majority of cactus species and small shrubs bloom. The arid plains are then covered with an ephemeral colorful coat.

Access to the park is free and costs $25 per vehicle (up to 5 persons), valid for 7 days. The America the Beautiful pass is accepted. If you don't use a storage shed, you can pay the entrance fee to the visitor centre. Don't forget to put the ticket on your windshield.

You can consult the very well made map of Death Valley NP as well as the official park website.

It is best to stay in the park to make the most of the surroundings, but it will cost you a small fortune. If you're not afraid of the road, you can stop off at Ridgecrest, a city in the middle of the desert where everything is available (including delicious sushi). You'll be in the heart of Death Valley in two hours. You can also stay in Las Vegas and reach the heart of the park in 2h10.

Be vigilant because the area is famous for its many floods (water torrents that form very quickly after a rain shower and can sometimes carry everything along. Avoid venturing into high-risk areas in bad weather.

In hot weather, carry plenty of water and avoid intensive use of the brakes in descents. Use the engine brake as much as possible to prevent overheating of the pads. Water points have been made available in the park to cool the engine if necessary (they are highlighted on the park map).

Also, avoid pushing your car's air conditioning too far to avoid an excessive thermal shock between the interior and exterior. It is generally recommended not to go beyond 8° of distance. 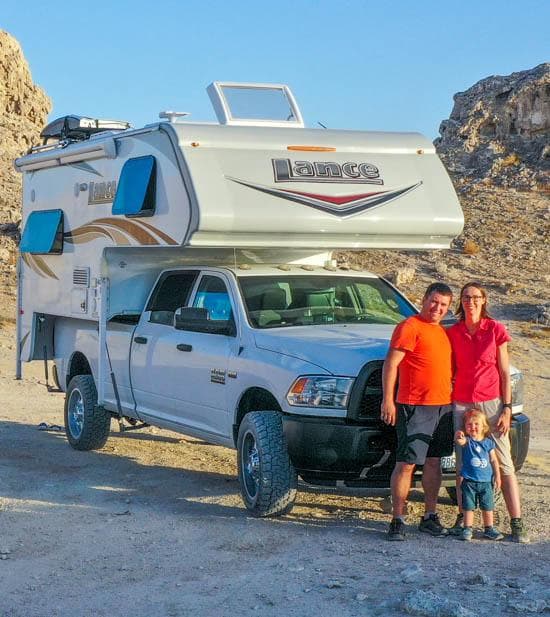